Agriculture does not stop. And nor do we.

MERISTEM, always by your side.

Agriculture does not stop. And nor do we.

MERISTEM, always by your side.

SILACID is a natural product that boosts plant defenses obtained from the mechanical crushing of sedimentary rocks (websterite and bentonite) comprised of micronized silicate acids.

It reduces the moisture of the leaf surface treated, reducing the risk of developing diseases caused by fungi or bacteria. Its action and effectiveness is also linked to the acidic nature of the product, which makes it possible to release the silicon in a solution that is available for the plant. 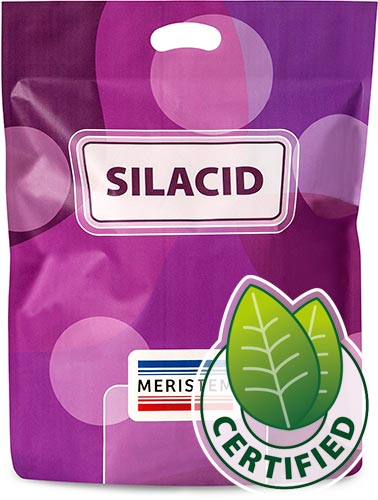 We use cookies to improve your experience on our site. They also help us understand how our site is being used. By continuing to use our site you consent to use our cookies.Accept All
Manage consent